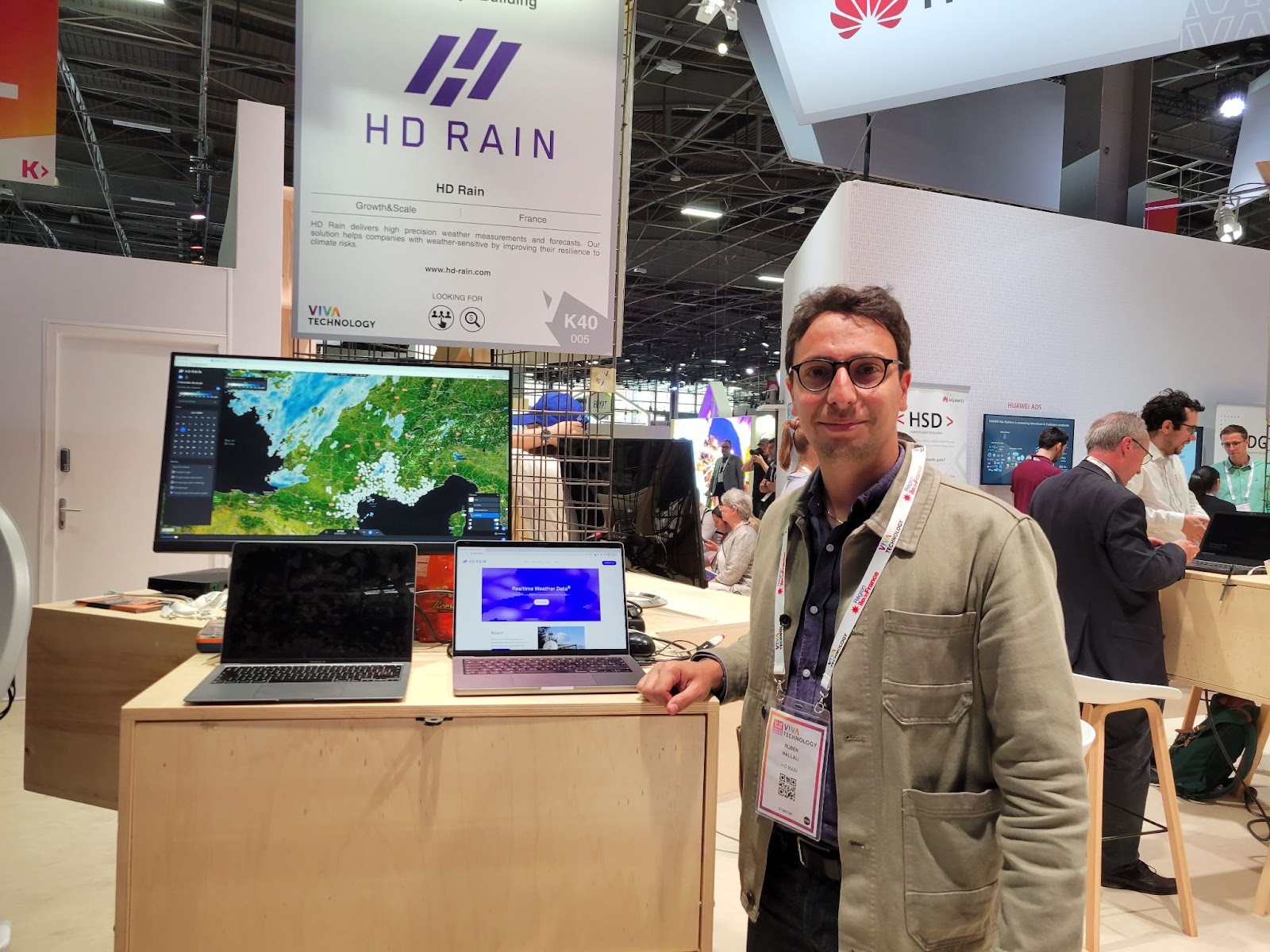 Since VivaTech’s beginnings, we have acted as a powerful global catalyst for digital transformation and startup growth. And the core of these happenings occur when the right people meet at the right time, allowing conversations to start, ideas to be born and partnerships to be made. From our very first edition, we have been a facilitator for these encounters, yet many stories of what VivaTech has brought to startups, investors, exhibitors and partners alike go unnoticed. Luckily, in the search for some inspiring VivaStories, we found a few pearls this year at VivaTech!

Who we interviewed: Ruben Hallali, CEO and co-founder

Six years ago, Ruben Hallali and one of his fellow PhD classmates attended the very first edition of Viva Technology in Paris. Little did they know that this event would be a springboard for their careers and in just a few years' time they would have founded an environmental service startup called HD Rain, raised over 2 million euros in funding, expanded their services to five different countries, and grown their team to 17 employees. What a difference a few years make! But let’s step back and see how it all started.

In 2016, Hallali was completing his doctorate degree in Atmospheric Sciences and had an idea for precisely measuring weather and forecasts. While attending VivaTech he and one of the other founders pitched the idea in front of David Kenny, former CEO of The Weather Company, who was a speaker at the event that year. Kenny thought it was a good concept and even gave them a challenge: “Now, next year if I'm back, I want you to develop something and I'll see where you’re at.” Ruben and his co-founders took on the challenge and at the following edition of VivaTech, they were back with the first prototype, and the decision was made to launch a startup with this idea.

HD Rain was born. The startup combines AI and meteorological expertise to bring its clients the best and most accurate weather data. They deliver high-precision weather measurements and forecasts through small sensors that can analyze rain through satellite antennas. Their low-cost solution helps companies with weather-sensitive economic activities (such as agriculture or insurance firms). This is especially pivotal for the 80% of countries around the world that currently have no means of measuring weather correctly. 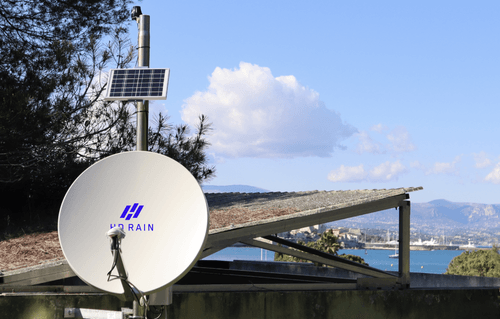 Getting down to business

Since their official founding in 2018, HD Rain has been back to several VivaTech editions, and they haven’t walked away empty-handed each time.

In 2019, the startup applied for the Digital In Pulse program, a contest sponsored by Huawei that supports French startups. Two winners per city benefit from a grant and get support from the Chinese ecosystem and the DIP Alumni network. “We were selected to participate and actually won in Paris. It was the first time Digital In Pulse was at VivaTech.” Thanks to their participation in the contest, they were able to make many connections and gain a lot of visibility. “We signed our first contract right after that,” said Hallali.

But it wasn’t the last, after having pitched their solution at VivaTech in front of a team from Allianz, the German insurance company, they were able to meet several people from the Allianz Climate team. “This connection made it to an actual subscription to our product soon after.”

And they keep coming back

Each year, HD Rain prioritizes their participation at VivaTech because it actually makes the rest of the year easier. For Ruben, “the biggest thing that brings us back every year is the quality of the exchanges we have here. During two or three days of the event, we get around 50 to 60% of our leads for the next year.”

And it seems like they have learned a thing or two from their past participation. This year they came with 10 team members, each with a different objective so that they could really maximize their time during the 3 B2B days.

“This year we brought 10 people from the team, each with a separate goal: to prospect or pitch to potential customers, investors and talents. We are actually looking to hire again this year because one of the things we obtained with VivaTech last year was to do some recruitment. We hired a key profile that we met during the event and met with many people interested in joining the company. So this year we have the same objective.”

One piece of advice the startup’s CEO would give to first-timers at VivaTech? “You have to make as many connections as possible during the three days,” said Hallali. “Don't underestimate the quality of the sessions either. You are not going to waste your time if you assist a session because the speakers are often available at the end of sessions. That's how we started HD Rain. During the first edition, we talked with a very important speaker from the meteorological industry and we decided to create our startup.”

From an innovative concept to startup to a successful business, HD Rain has grown alongside VivaTech. We love hearing stories like this one, and especially support this type of initiative given the current climate emergency in which we find ourselves. We can’t wait to see what is in the forecast for this environmental service startup over the next few years – and wish them nothing but fair weather. Learn more about HD Rain’s real-time weather data applications here.